Hello everyone! It's exactly been a month since I've blogged. I've finally finished the book but we still can't find a publisher. If you know anyone, please send them my way.

I wish I could tell you that I've been productive but I've just been exhausted. I would sleep for one week if I could. I think I need a very long vacation, perhaps with these guys. 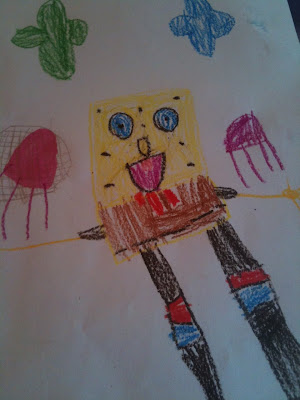 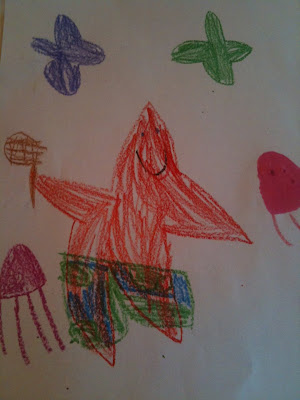 I just love these drawings so I want to share them with you. Thank you to my sister for letting me post these adorable artwork from her students. If you're not familiar with these characters, check out Spongebob Squarepants on Nickelodeon. SpongeBob was created by Stephen Hillenburg, a marine biologist and an animator. Hillenburg got his inspiration from his own comic strip Intertidal Zone, which involved numerous anthromorphic forms of sea life while studying at the Ocean Institute in Dana Point, California in 1984. Three years later, Stephen decided to leave the institute to study animation and then enrolled at the California Institute of Arts in 1992. While in school, his thesis film Wormholes impressed Joe Murray and hired him as an executive producer for Rocko's Modern Life. Following Rocko's Modern Life, Hillenburg started to develop the series in 1996 and pitched the series to Nickelodeon in 1998, which aired on May 1, 1999 in the United States. So there you go – that's how SpongeBob SquarePants was born. The end. Here's a little song for you. Enjoy!