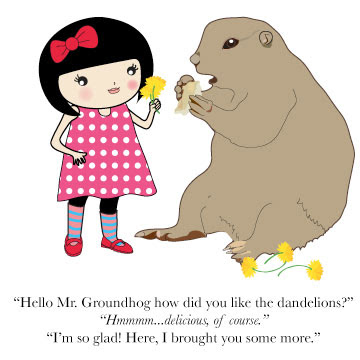 I took some time off today to visit my dentist. Before I left I pulled some weeds out and transplanted a few plants in the back. My neighbor saw me; we started talking and learned that there's a groundhog residing under the shed – that explains commotion the other day when I let Tekko out. He was chasing something under the shed and all I could see was its tail – I thought it was a raccoon. This groundhog is supposedly massive, perhaps bigger than our dog. It was probably feasting on our backyard weeds; I hope it will bring friends over to share the plethora of weeds we harbor annually.

I was hoping for it to come out from its hideout before my departure but instead I found a box turtle sitting on top of oak leaves piled underneath the azalea. So no groundhog but it was still a great day. 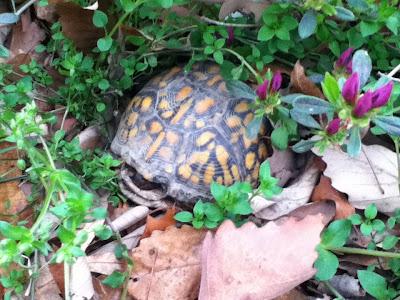 Groundhogs (Marmota monax) aka woodchucks are diurnal and will feed on most vegetation especially alfalfa, clover and dandelion. They also enjoy leaves, bark and will occasionally indulge on insects and birds eggs.

These North American marmot species are the most widespread and typically found in fields, small woodlots, pastures, hedgerows and low elevation forests. They prefer to construct dens in well drained soils under a protective cover, which explains its fondness of our backyard. Here are some fun facts about groundhogs from Buzzle:

“With a few flowers in my garden, half a dozen pictures and some books, I live without envy.’’
~ Lope de Vega