I had no idea who Charley Harper was until this week. I read about him from the NWF (National Wildlife Federation) website in the Ranger Rick section while looking for new ideas for our garden. Charley Harper was known for his simplified geometric depiction of wildlife. His work is SO AMAZING! I think he is one of the most brilliant artists who has ever lived – everything he did was a masterpiece. He is now officially my favorite artist of all times. Here are some samples of his work: 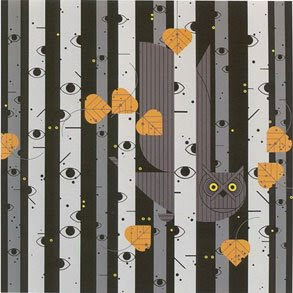 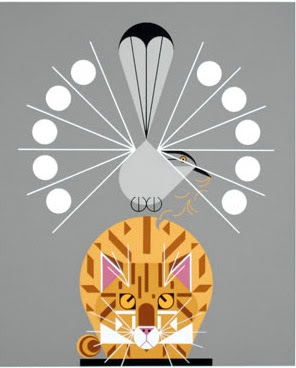 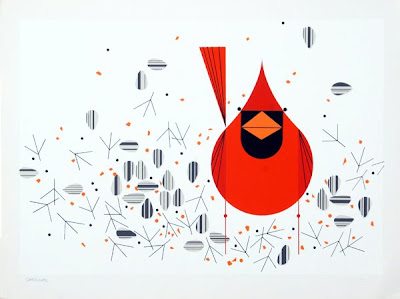 When I look at a wildlife or nature subject, I don't see the feathers in the wings, I just count the wings. I see exciting shapes, color combinations, patterns, textures, fascinating behavior and endless possibilities for making interesting pictures. I regard the picture as an ecosystem in which all the elements are interrelated, interdependent, perfectly balanced, without trimming or unutilized parts; and herein lies the lure of painting; in a world of chaos, the picture is one small rectangle in which the artist can create an ordered universe.·

Thanks for your comment on the picture - I would love to take credit, but it was my husband who took it. He says thanks! :-)

Hope that the sun shines at your end of your world and that you get to enjoy your garden. In ours the roses just started to bloom, beautiful...

I love these, had never heard of Charley Harper, so looked around a bit. Sort of Scandinavian in look and the birds are wonderful, would make pretty Christmas cards. And of course, I am fond of the cat, too!